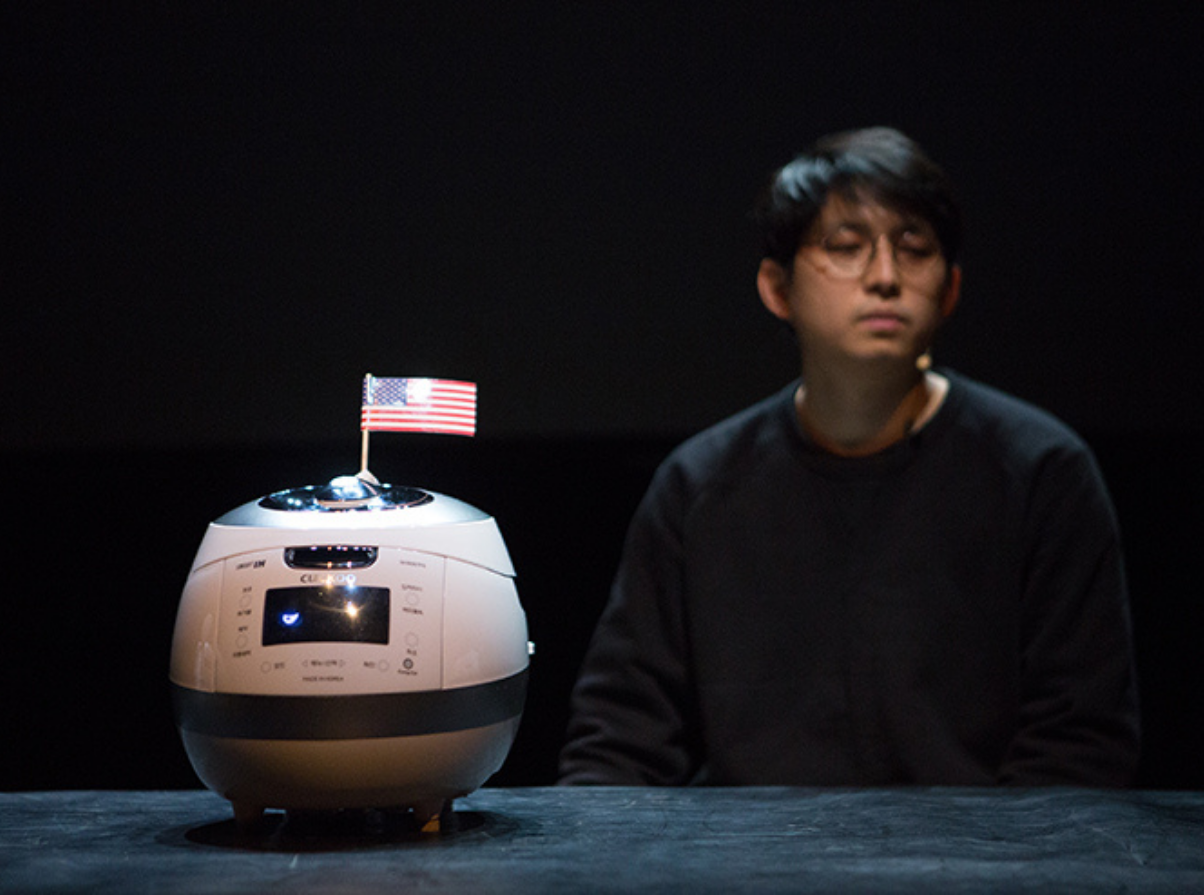 Curated and Presented by
The Theatre Centre

Content warnings are available for this performance. Please call the Box Office if you have any needs or concerns, or speak with Box Office staff on the day of your performance, we’ll be happy to assist.

A journey through the last 20 years of Korean history told by a bunch of talkative rice cookers.

One day when his electric rice cooker informed him that his meal was ready, Jaha Koo experienced a deep sense of isolation. ‘Golibmuwon’ is an untranslatable Korean word expressing the feeling of helpless isolation that characterizes the lives of many young people in Korea today.

Twenty years ago there was a major economic crisis in South Korea, comparable to the financial crash in the United States and Southern Europe in 2008. This crisis had a huge impact on the young generation to which South Korean artist Jaha Koo belongs. He witnessed many endemic problems including youth unemployment and socio-economic inequality. Rising suicide rates, isolation, acute social withdrawal and a fixation on personal appearance are but a few of the symptoms.

In bittersweet and humorous dialogues, Jaha and his clever rice cookers take you on a journey through the last 20 years of Korean history, combining personal experience with political events and reflections on happiness, economic crises and death.

“Cuckoo feels like a peculiar kind of dream, a communication from your subconscious, offering some truth you’ll never be able to translate into words.”
– Henry Gleaden, Exeunt Magazine

“A week later, I’m still haunted by the show‚ its sounds and images.”
– Dorothy Max Prior, totaltheatre.org.uk