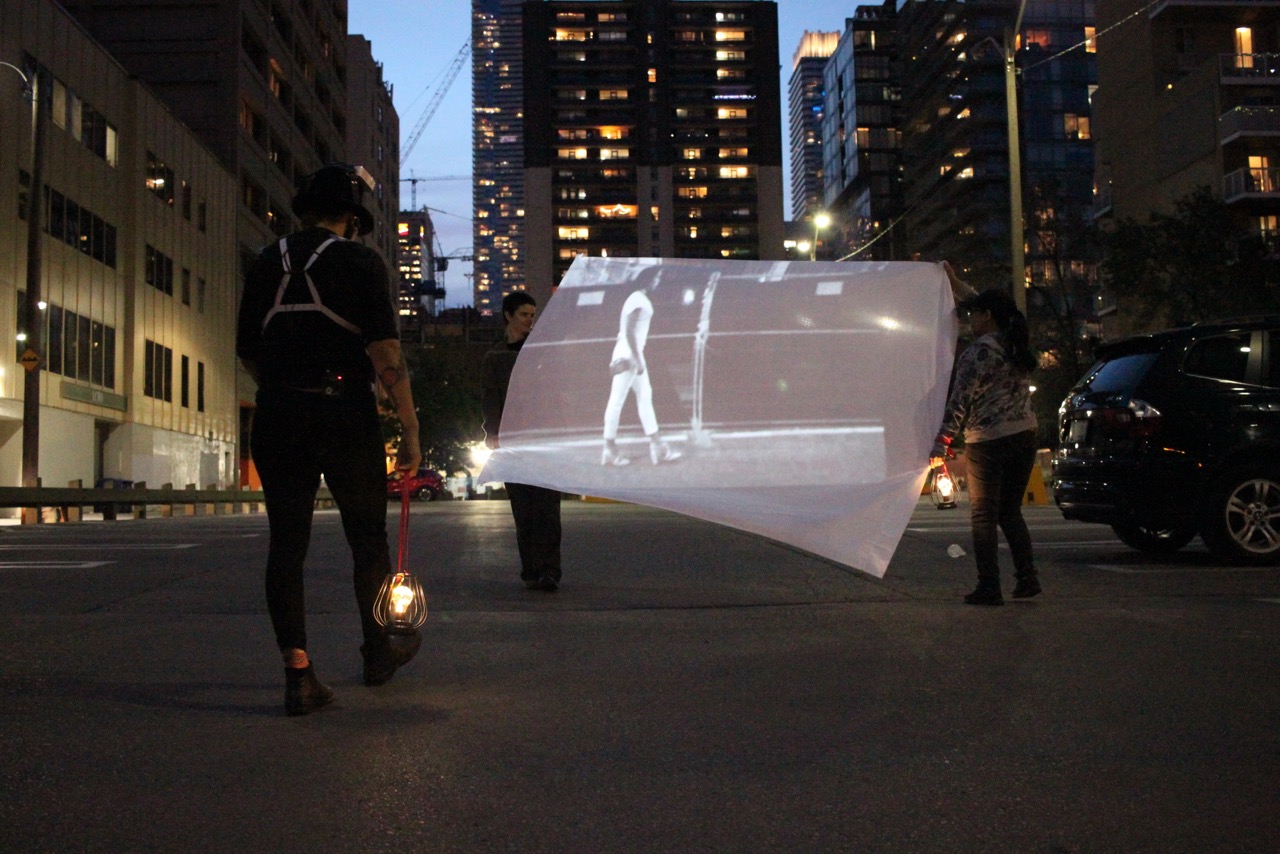 You will travel within the experience, tracing pathways & ecologies navigated by Queer, Trans, Poor, Mad, Racialized, Indigenous, (Im)migrant and displaced peoples in the area. We will invoke spirits & ghosts of people and places erased by time and urban development. We will pay homage to the bandit wildlife and activist elders. We will weave poetic stories of love, resilience, hard labour, seed sowing, madness & waters rising across time.

In anticipation of the Festival, you can move through the city streets on an audio journey, Switching Queen(s): Back Alley Galaxies, originally commissioned and presented by b current, interrogating the challenges – stemming from colonialism, capitalism, gentrification – that the area of Parkdale and its inhabitants face.

Download the Echoes app on your smartphone via the Apple store/Google Play
Search for b current WOYW: Switching Queen(s) Back Alley Galaxies
Head to Masaryk-Cowan Park in Parkdale, Toronto
Pop in headphones and stream the walk!

Presented by SummerWorks as part of ArtworxTO: Toronto’s Year of Public Art 2021-2022.

Made possible in part through the support of the Greenest City, Milky Way Garden, Parkdale People’s Economy and Parkdale Women’s Leadership Group.

ASL interpretation provided for the full performance on AUGUST 5.

Meeting point for the performance will be shared at least 24 hours in advance via email.