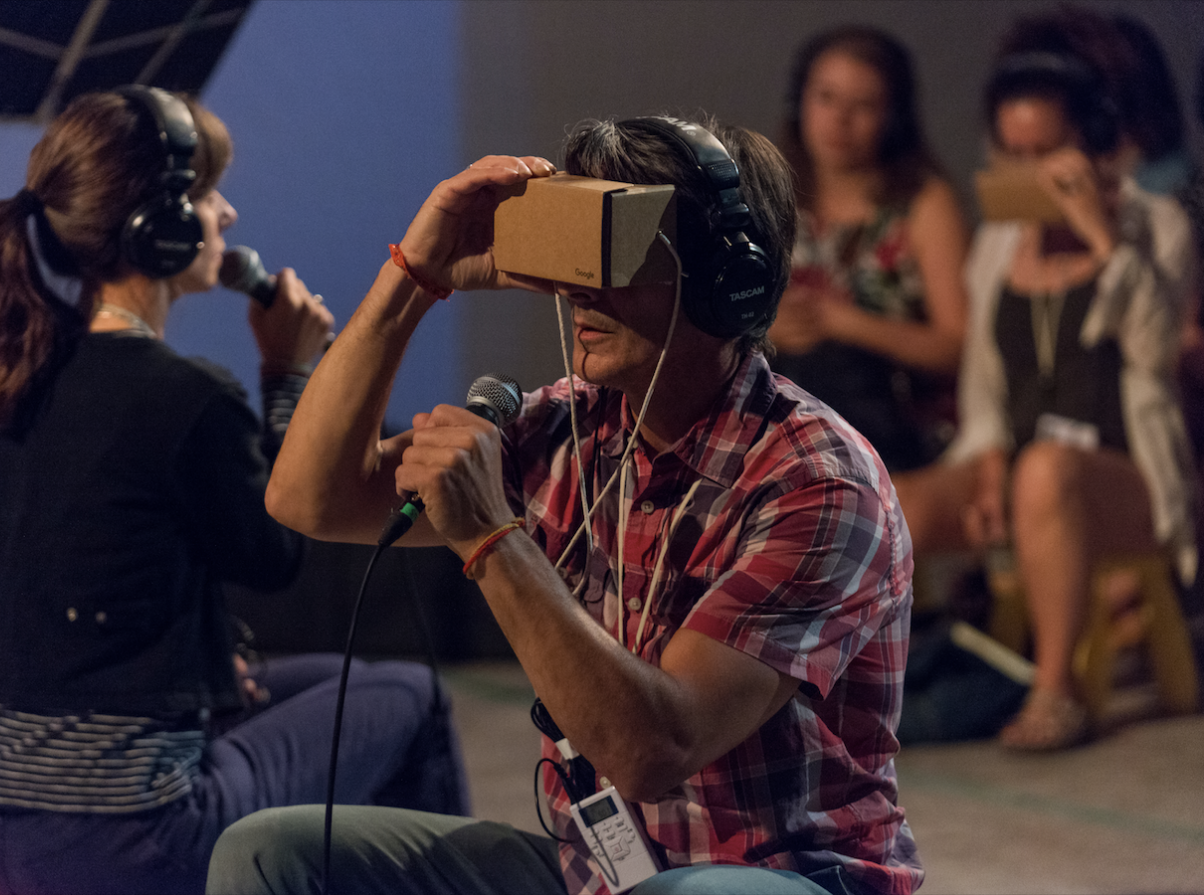 CURATED AND PRESENTED BY
SummerWorks

An immersive theatrical experience exploring the borders that divide and unite us, within the framework of a live podcast.

Café Sarajevo follows protagonist, Lucy Simic, as she travels to her father’s birthplace, Bosnia. Along the way, we explore divided cities and the notion of “human nature”, asking the question: what causes a nation to divide, and begin to hate the very people and culture that it used to see at its own?

With story, dance, game, music, 360° video, and by casting the audience as characters in the story, internationally acclaimed performance makers bluemouth inc. create a fast-paced, intimate, and thoughtful exploration about nationalism, racial bias and war tourism.

An excerpt of Café Sarajevo was shared with sold-out houses as part of the 2018 SummerWorks Lab, where it received honourable mention for the Buddies in Bad Times Vanguard Award for Risk and Innovation. SummerWorks is thrilled to now present the North American premiere of the fully realized work for Toronto audiences.

With the support of High Commission of Canada in Singapore, Canadian Heritage, Canada Council for the Arts, Ontario Arts Council and Toronto Arts Council.