Unwrapping the mysterious from the mundane, in ASL 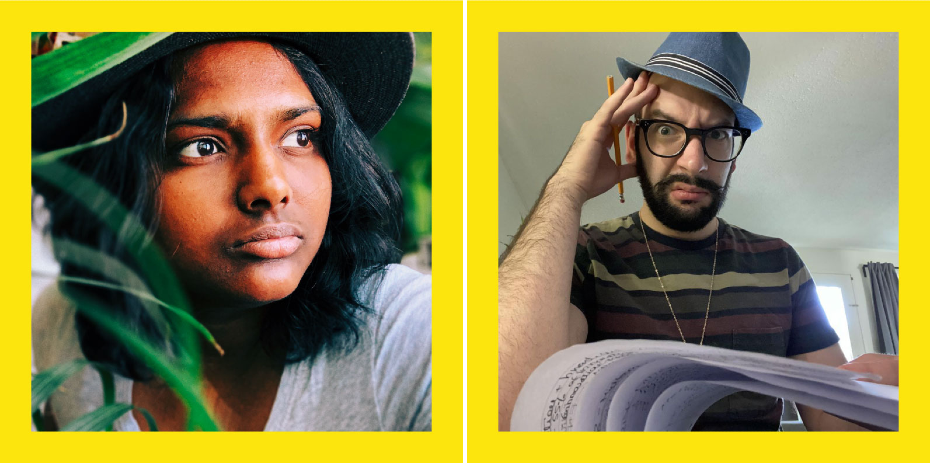 The person at the other end of the Zoom call is familiar, even though the character he is playing is not. On late Monday afternoon, after receiving a link twenty minutes before, I connect through a video call with my host, Connor Yuzwenko-Martin, who introduces himself using his own name. However, through our conversation in ASL, he reveals himself not as the person whom I have known since childhood, but as a detective working for the Ministry of Mundane Mysteries.

As our call will be brief, Connor gets straight to the point about his reason for calling. He asks me to tell him about my hot water.

To be fair, the hot water topic was my idea. I had heard through Twitter about the new immersive and interactive theatre experience offered through Toronto-based theatre company Outside the March. When I saw they were also offering experiences through ASL, I jumped onto their website without hesitation and signed up.

The Ministry of Mundane Mysteries is the latest immersive experience offered by Outside the March. They have been creating interactive theatrical work for the past 11 years, inviting audiences to follow a piano-tuner across Toronto, to play along with actors in a Parkdale kindergarten classroom, or to join a parade with Queen Elizabeth along the Danforth, among many other unique events. Their latest Mundane project was born out of a direct response to the pandemic as a way to connect artists and audiences despite physical distancing. The ASL version features two Deaf actors; Thurga Kanagasekarampillai also plays several roles in addition to Connor.

Upon arriving at the website, I am asked to choose from one of the available departments which best fits my case: The Misplaced Keepsakes Division; The Striking Coincidences ThinkTank; The Missed Connections Unit; or The Paranormal Activity Task Force. Once selected, I need to choose a particular mystery for the detectives to solve. Since they recommend something from your own life, no matter how banal, I choose to discuss the hot water in my bathroom, as it has been acting up lately.

The next step involves picking a time for a regularly scheduled call. These will take place over the week from Monday through Saturday in 10-minute increments at same time each day. Through the daily meetings the detectives build their investigation based on content gleaned from our conversations, and bring it to a fitting conclusion unwrapping the mysterious from the mundane.

For most participants, these calls will take place over the phone. However, ASL users have the benefit of receiving Zoom calls, allowing for video interaction between the detective and the other party, which is especially important since as much meaning is conveyed through body language and expression as is through sign language.

Back to the call, Connor is asking me about various things in my life. Where do I work? What was the most interesting book that I last read? What habits have I developed from being at home during the pandemic? It is intriguing and engaging to talk about your own life, especially during this period of reduced social contact. At the same time, our conversation has the entertaining hint of the nonsensical, as if I had stumbled across a storyline in Douglas Adams’ Dirk Gently’s Holistic Detective Agency.

While sometimes during the call I feel like jumping into my own character, Mundane Mysteries actually prefers if you just be yourself, play along with the action and answer honestly. The improvised nature is part of the fun, as while the actors follow a template, it is up to them to decide how to react to your comments and steer the conversation.

Meeting over Zoom seems natural, especially as I have been using the platform so much since March as a replacement for in-person gatherings. People may feel that the pandemic creates additional isolation for the Deaf community. While true in some respects, as we prefer in-person meetings when possible, we have been early adopters of using video chats since the first platforms like Skype were introduced, as well as later when formal VRS (Video Relay Services) were established. So transitioning to using video as the primary means of communication has been an easy task for us.

This has extended to Deaf performance and we have continued to explore how to adapt to make the best use of ASL when live on digital platforms. A good example of this was Talk to Me by Cellar Door Project which was recently performed online during the FoldA Festival. Originally envisioned as a radio play, it was also adapted into an entirely ASL presentation live on Zoom. Performed by four Deaf actors, the ASL performance ran simultaneously while the hearing actors presented the original edition.

The Mundane Mysteries will continue to run from now until July and select ASL spots are still available. Thanks to generous support from SummerWorks, tickets until July 4th are free and after that ticketing options will be available for later that month. They also have reduced ticket prices for those impacted by COVID-19.

As I wrap up my call with Connor, he promises me that he will get the bottom of my missing hot water. He seems genuinely interested and I end the call feeling confident that he will be working behind the scenes on my case. At the same time, I suspect there will be a few wild turns before this mystery is solved, and I’m already looking forward to my next adventure with the Ministry of Mundane Mysteries. 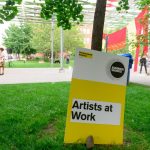 The 2020 SummerWorks Lab Artists in Residence

Neema Bickersteth specializes in contemporary projects in opera, music theatre and theatre. Included tours in the USA and Europe with ...
Read More